Works with all hydraulic spreader units

Constructed with ½ inch AS-36 Steel

Another confirmed usage of the TL-9 by the members of the Cheshire CT Volunteer Fire Department.

Another confirmed usage of the TL-9 by the members of the Cheshire CT Volunteer Fire Department.
This is special as Cheshire was one of our first customers and a department we train with often.
"At approximately 1708 the Cheshire Fire Department was dispatched to Tucker rd. near Mixville rd. for a motor vehicle accident with a victim pinned under a car. Crews arrived to find a victim pinned under a motor vehicle with bystanders attempting to lift the vehicle with a floor jack. Based on the position of the victim, the grade and the floor jack, our 40” spreader and TL9 were placed under the A post of the vehicle. The vehicle was lifted using the TL9 and spreader, the progress captured and the victim was removed. From time of arrival of the rescue to time of the ambulance in route to a trauma center was less than 6 minutes. The TL9 provided the quickest and safest solution for this incident. Other lifting methods would have turned this into a prolonged event. The initial training with you and continued training with Connecticut Custom Fire Training played a big part in the success of this operation". 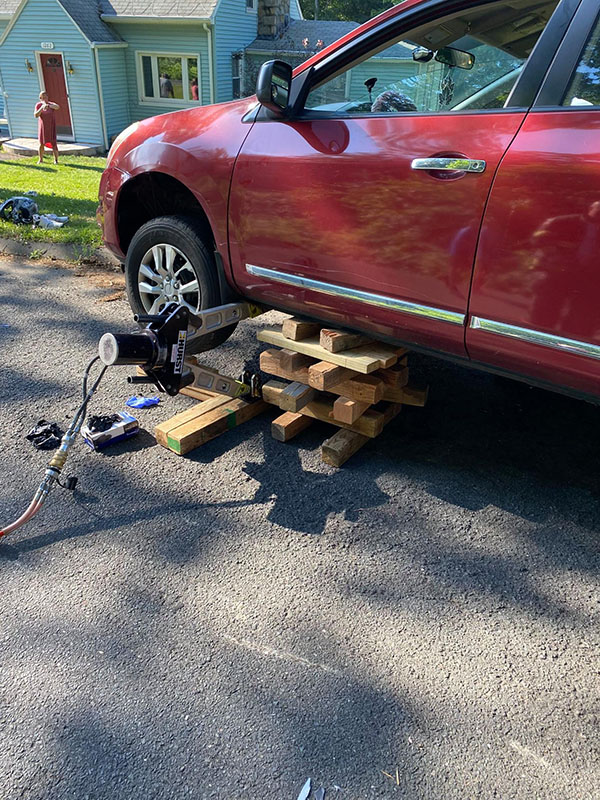 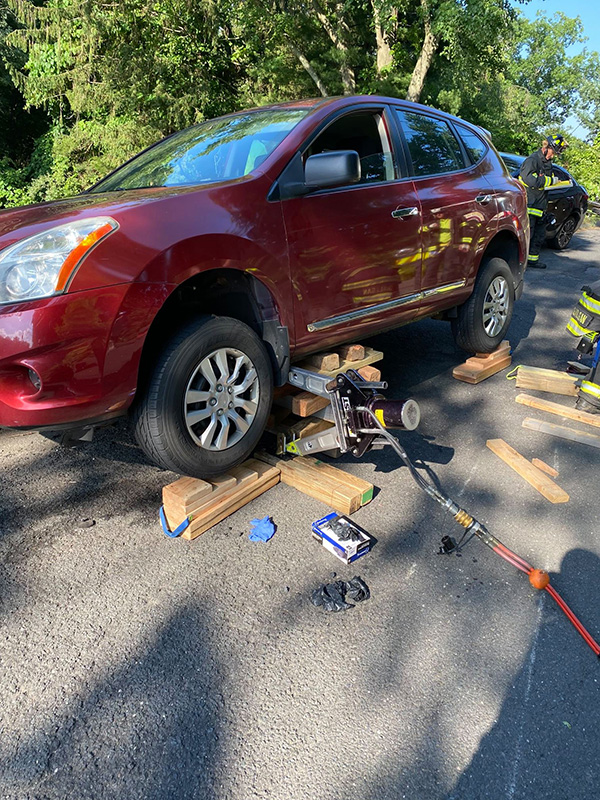 The TL-9 Stabilizer Works With All Extrication Spreaders Including the following brands:

Another confirmed usage of the TL-9 by the members of the Cheshire CT Volunteer Fire Department.

Super User
News
Another confirmed usage of the TL-9 by the members of the Cheshire CT Volunteer Fire Department. This is special as...
Read More 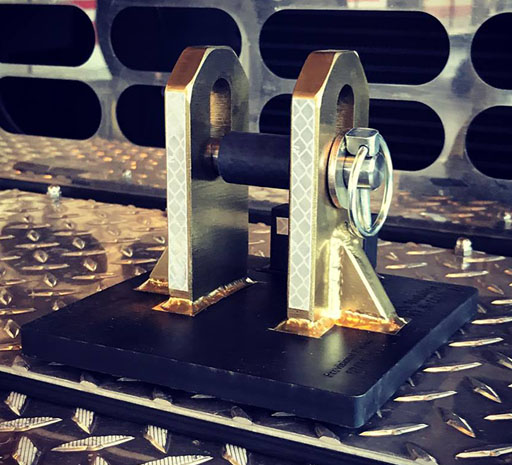 The TL-9 is made from half inch solid steel, with a 6 x 6 base plate, and 4 1/2 inch gusseted towers spaced approximately 2 inches apart. The solid base plate increases the contact surface area with the ground while the towers provide lateral support for the tool. In addition, there is a solid steel traveling limit pin between the towers that prevents the spreaders from opening beyond 70%. At 70%, lift heights have ranged between 19-30 inches depending on the H.R.T. unit. When the traveling pin reaches the tops of the towers it locks the lower tip of the spreader into a groove at the front of the plate which works to increase overall stability. The TL-9 is currently available for sale & immediate delivery. There are currently 7 stock models being produced to accommodate the vast majority of commercially available spreaders, and we can custom build a unit to fit any H.R.T or Combination Tool. Each stock model will have slight variances in the width between the towers to account for different spreader tip widths. Each model will allow for only a 1/8 inch of clearance when the tips are inserted to achieve maximum lateral stabilization. Custom models can be produced to fit a specific spreader, with bulk orders in excess of 10 units where tolerances can be set to within a sixteenth of an inch.